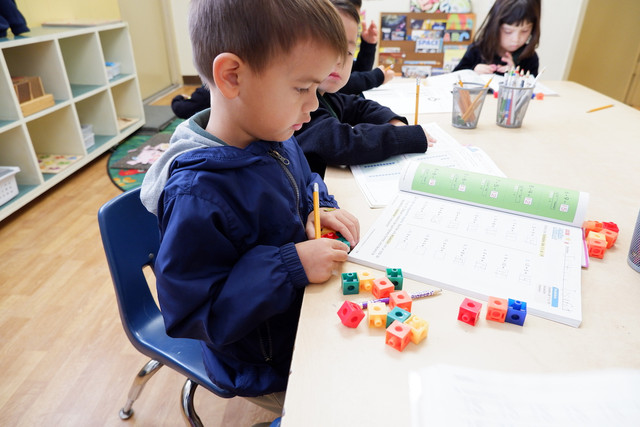 Prior to Bonita Learning Academy, in 1995 Ana Castaños began Spanish classes for elementary age children, which were held in private homes. As time went on, it became apparent that there was a demand for classes that would help children to become both bilingual and bi-literate, and the idea of a total-immersion language program began to develop. Along with this came the realization that language acquisition and development is a natural progression that begins at birth, and that the optimal time to introduce a second (or third) language was during the preschool years. At the same time, there was demand for high quality preschool education.  The decision was made to develop a program with a solid preschool curriculum in both English and Spanish. And Bonita Learning Academ was born.

In 1998, Bonita Learning Academy was granted a license by the State of California, and opened its doors at 3368 Bonita Road. Our program was accredited in 2005, by the National Association for the Education of Young Children (NAEYC), making us one of the very few preschools in the area to achieve this recognition.

Our model of total immersion language learning, integrated into a challenging, academically-oriented preschool program was regarded as a unique approach in the early years of the school, but, as time goes on, we see that more and more schools in Southern California are realizing the value of bilingual education for young children.  We feel proud to be pioneers in this field.

Every year our children bring forth new challenges, and achievements. We will continue to explore new learning techniques alongside these -- our youngest  teachers-- as we have done since the very first students came through our doors.

We invite you to become a part of our vision, as we work together to expand horizons for your child.